FREE SHIPPING for US Orders $50 usd+

Start your adventure into the TRU-Grid© Gaming Tile System with our Starter Set.  The set has over 100 pieces, and over 200 grid-squares of playable area.  The tiles are precisely cut with laser, to give you the best fit possible.  Each tile is textured with cracked stone and block to give you the look and feel of being in a dungeon or a castle.  The set also comes with two of our BaseLoc© Plates to keep your tiles in place during game play.

So, what does the TRU-Grid© system give you?

The set comes unassembled and unpainted.  A hobby knife and glue will be all you'll need to put these together and start your adventuring!  Recommended ages 14 and up.  Kids, be sure to get permission from an adult before using sharp things!

*Please note that the sizes listed are the number of grid squares, NOT the actual measurement.

Thank you for submitting a review!

Your input is very much appreciated. Share it with your friends so they can enjoy it too!

FacebookTwitter
Be the first to review this item
×
Clear filter
More Filters
BC
07/06/2019
Benjamin C.

Looks amazing once it's all put together, and it doesn't take much effort to do so (though it does take time and patience)

I'm a new DM who was looking for something a little more engaging for my players than 2D tiles but not as expensive as some other 3D terrain. I took a chance and bought the starter set and stacker set and I'm so glad I did. The product arrived quickly and well packaged - it take some time to remove the pieces from their sheets and finish putting everything together but once you're done you'll have enough tiles to almost entirely cover both grids. The stacker set may not look like much at a glance but once you start building your imagination will thank you for grabbing it too - my first build was a ruined castle with a crumbling central tower - getting to actually explore higher and higher was too much for my players to resist. Judging by the pictures on this site you could paint these pieces but I feel the wood grain and subtle design is plenty to give an immersive dungeon vibe. The size works well for standard minis and since buying the starter and stacker sets I've come back an purchased a number of other accessories - they all fit in very well, are just as easy to construct and you can't beat the price. 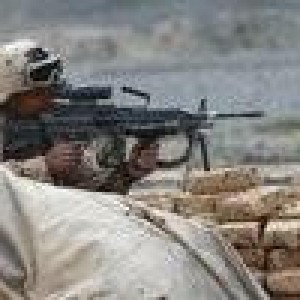 Absolutely love the look and flexibility of this set. Once assembled, everything fits perfectly.

The Immersion Factor Has Just Been Boosted!

I randomly found this site thanks to social media ad algorithms, and being a first time DM who has just started a campaign I took a chance and bought the Starter Set and Stacker Set. I am NOT disappointed! The added visual flair to game sessions has blown away my players and really sucked them into the adventure even more. Being able to visually see a dungeon built around their character minis, versus just being drawn on a grid map, has upped the excitement level of all players involved, including myself as a DM! It does take some time to build everything, and I highly suggest using a small square of sanding paper to sand down the connecting nubbin from each piece rather than using a hobby knife. It's quicker, safer, and gets it nice and smooth. I plan to get more of the starter set so that I can build larger play areas for my players. Very happy that I came across this awesome addition to roleplaying games.